The beautiful state of Rajasthan is greatly known for its grandeur and opulence. With stunning forts, astonishing palaces, beautiful temples, and many other places of attraction, the state offers the best travel experience. Rajasthan beholds a fascinating history, traditions, and vibrant cultures. Due to its large and diverse landscape, we have listed some of the 20 best places to visit in Rajasthan. All these should be on your bucket list on your next holiday trip in 2021.

Once you are in the state of Rajasthan, the chaotic roads and vintage buildings will take you to the era of the great Maharajas and Maharanis. So, this time in 2021 head to these beautiful places to visit in Rajasthan and indulge in the royal splendor.

20 Best Places to visit in Rajasthan

With ample beautiful tourist attractions and cities, Rajasthan has a lot of travel options to explore. Here’s our curated list of 20 Best Places to Visit in Rajasthan to feel its cultural and heritage beauty.

The Flamboyant Pink City of Rajasthan, Jaipur is the capital city of this royal state. The great Maharaja Sawai Jai Singh established the city in the 18th century. Jaipur City Tour allows you to explore historic jewels, heritage structures, cultural richness, and many other structures. The ever-charming Pink City is surely not to miss if you are a history lover. Its colorful streets are very vibrant and buzzing chaotic lifestyles.

2. Jaisalmer “All that glows are here” –

The glowing city of Jaisalmer has another name of “The Golden City”. Settled in the heart of the Thar Desert which is full of luxuriant forts, beautiful palaces, and religious temples. Jaisalmer city is famous for its rich culture and age-old traditions. With its glowing yellowish sandstone structures and golden dunes of Rajasthan. Moreover, there are many beautiful tourist attractions like Jaisalmer Fort, Havelis, Jain Temples, and more.

3. Jodhpur “For a royal experience” – 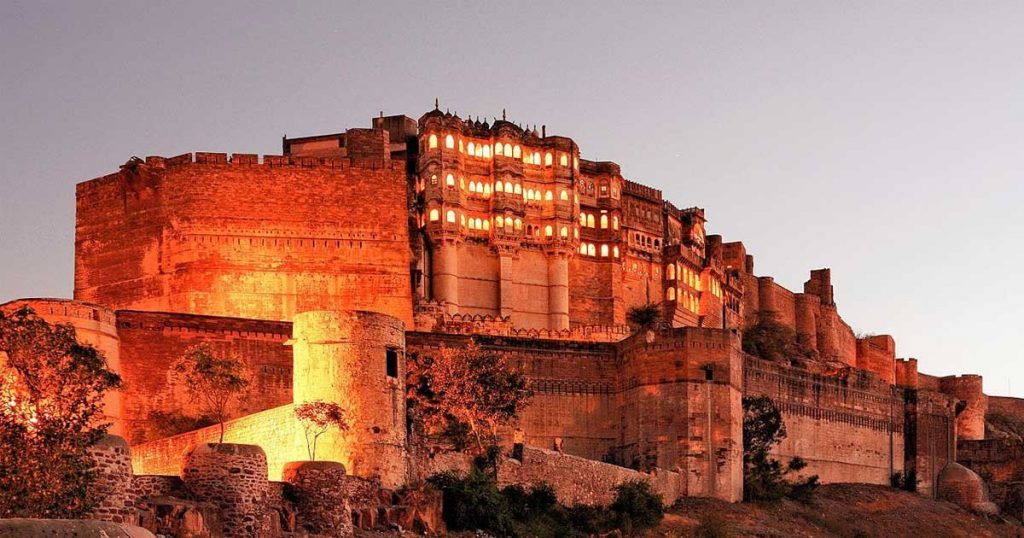 The Royal Blue City of Jodhpur in Rajasthan was the former capital of Mewar state. The city is enclosed with stunning forts, temples, and palaces. Jodhpur is a place that lures several tourists from over the world. Well-known as the “Blue City of Rajasthan”, Jodhpur’s old city evokes bluish hues that allures everyone. The most important tourist attraction of this place is Mehrangarh Fort offering a world-class heritage richness of Jodhpur. In the desert state of Rajasthan, Udaipur is a special destination famously known as the Lake City. The enchanting beauty of the city catches the heart and soul of every kind of travel enthusiast. The magnificent city was the former capital of Mewar Kingdom and still evokes the enrich cultures of those days. When you are planning your Udaipur Tour by Car, you can have a chance to explore the famous historic attractions like City Palace, Jagdish Temple, Lake Palace, and more.

5. Bundi “To discover the Historic Baoris” – About 120 kms away from Jaipur is the less explored Bundi City of Rajasthan. Being the origin and native place of the tribe Bundi Meena, the city beholds its glorifying past of a bygone era. With its beautifully designed forts and buildings, the city offers impressive sights of artistic beauty. Bundi is most importantly famous for ancient Baoris or step wells. The ancient step wells were created to store rainwater and fulfill the needs of locals and nearby villagers. 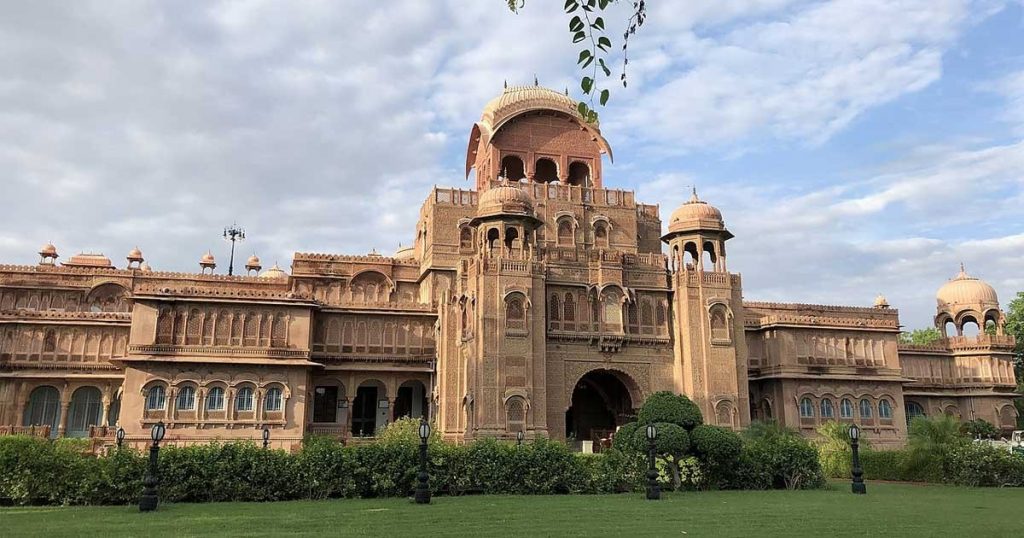 Another most important and beautiful city to list on your next holiday trip in Rajasthan is Bikaner. The city is especially known for its annual Camel Festival that attracts tourists from over the world to experience this gala. This festival takes place in January and February. The historic jewels of Junagarh Fort, Lalgarh Palace, Karni Mata Temple, Gajner Palace, and Laxmi Niwas Palace, etc.

Famous For – Camel Festival and National Research Centre on Camel

Get immersed in the holy cultures of Pushkar and experience the spirituality in the vibes. This eminent holy city of Pushkar hosts the colorful Pushkar Camel Fair. Whenever this cultural carnival takes place, tourists from across the world flock here in abundance to become a part of it. Besides, the presence of only Brahma Temple in Pushkar makes it the most famous holy place of Hindu Devotees and pilgrims. 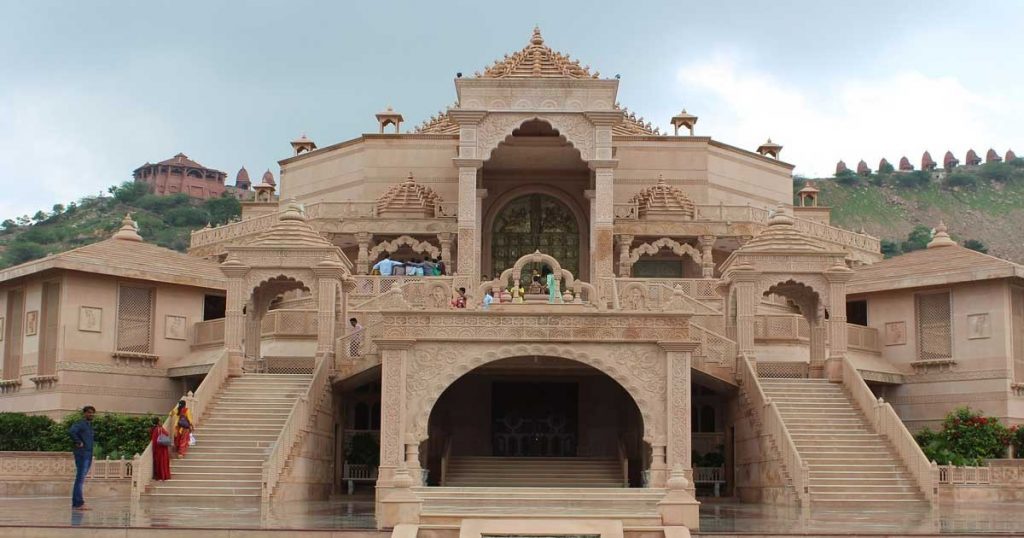 Another most important holy city of Rajasthan is Ajmer. It is the must-visit place for Muslim pilgrims to offer prayers and seek the blessings of a Sufi Saint. Ajmer Dargah Sharif is the most popular place of worship in Rajasthan which attracts a lot of devotees every year. URS festival is another major attraction of Ajmer which commemorates the death anniversary of Sufi Saint Moinuddin Chishti.

The only hill station of Rajasthan, Mount Abu is stunningly enclosed in the Aravalli ranges. It is the fondest tourist attraction in the state which offers the best escapade from the city buzz. Planning a Mount Abu Trip with family or beloved ones in summers can bring you relief from the hot sunny days and rejuvenate yourselves.

Sawai Madhopur is a small district of Rajasthan which is widely famous for Ranthambore National Park. This wildlife reserve houses many exotic flora and fauna species in its reservoir. Formerly Ranthambore was a famous hunting ground of Maharajas in Jaipur and nearby places. It is enclosed with the ruins of ancient Ranthambore Fort, one of the UNESCO World Heritage Site in Rajasthan. Whenever it comes to plan a Rajasthan Wildlife Tour, Ranthambore is the best place to include in it.

11. Bharatpur “Beauty that brings you in awe” 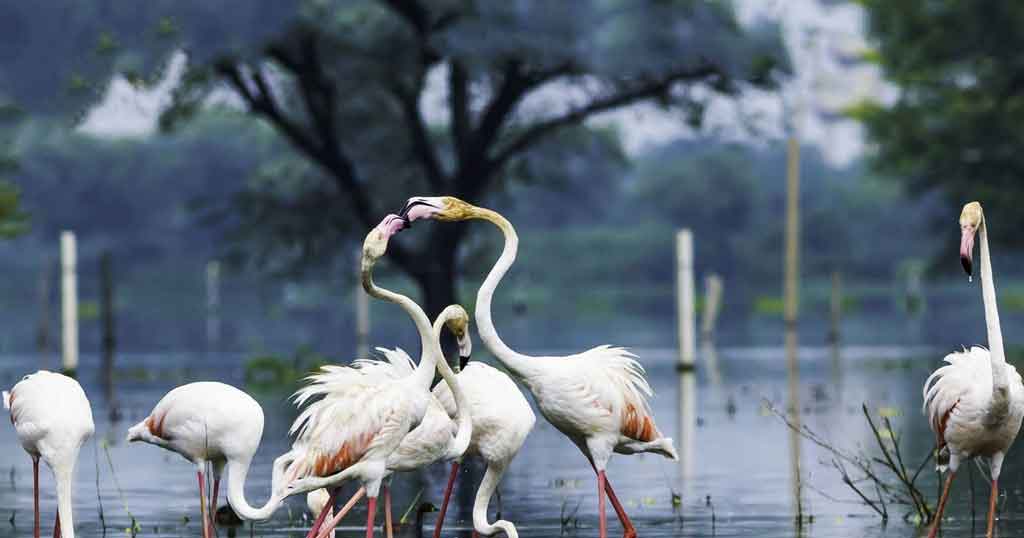 A magnificent city of Bharatpur was once known to be an unwinnable and invincible tourist place in Rajasthan. Tucked away in the Braj region of the Indian state Rajasthan, the city stands at an elevation of about 600 ft. above the sea level. Bharatpur is the indisputable home to a vast variety of flora and fauna species that take shelter in the famous Keoladeo National Park. It is the most highlighted tourist attraction to see in Rajasthan Wildlife Tour.

12. Alwar “Unveil the Majestic Past” Formerly founded by the Rajput Ruler Pratap Singh in 1770, Alwar is a beautiful city nestled in the lap of the green hills of the Aravalli range. It is a home to beautiful palaces and forts of the foregone past. With deep valleys and thick forest cover the hills makes it a haven for many species of birds such as grey partridge and white-throated kingfisher, and many other animals. Another special attraction of the city is Bhangarh Fort which is considered as the most haunted place in Rajasthan.

Famous for – Royal forts and palaces What else can be more fascinating than Pali’s snail-like shape, wobbled plains, and scattered hills as well as numerous temples? Endowed with Jodhpur districts in the north and the Udaipur districts in the south-east, it shares a common boundary with around 8 different districts of Rajasthan. The city spans across 12387 sq kilometers which is also one of the most famous offbeat places to visit in Rajasthan. It is specially known for Ranakpur Jain Temples and Leopard Safari in Jawai Dam that attracts everyone.

One of the most ancient cities of Indian history, Chittorgarh was founded by the Maurya Dynasty in 734 AD. Chittorgarh has been the birthplace for many historical figures including Maharana Pratap and Meera Bai. The city is named after its most imposing structure of Chittorgarh Fort standing atop a 180 meters high hill and spread tot across 700 acres of land. There have been several heritage forts, monuments and many associated stories and fables. Hanumangarh is a city famous for its ancient temples and its historical significance that it was once a part of the Indus Valley Civilization. It is believed to have been a part of this almost 5000 years old civilization. Many of the discovered items here include the remnants of human skeleton, stamps, coins, terracotta decorative tiles, toys, and more. Formerly the kingdom of Bhati Kings, Hanumangarh was originally known as Bhatner. Some of the major attractions in Hanumangarh are Gogamedi Temple, Shri Sukha Singh Mehtab Singh Gurudwra, and more others. 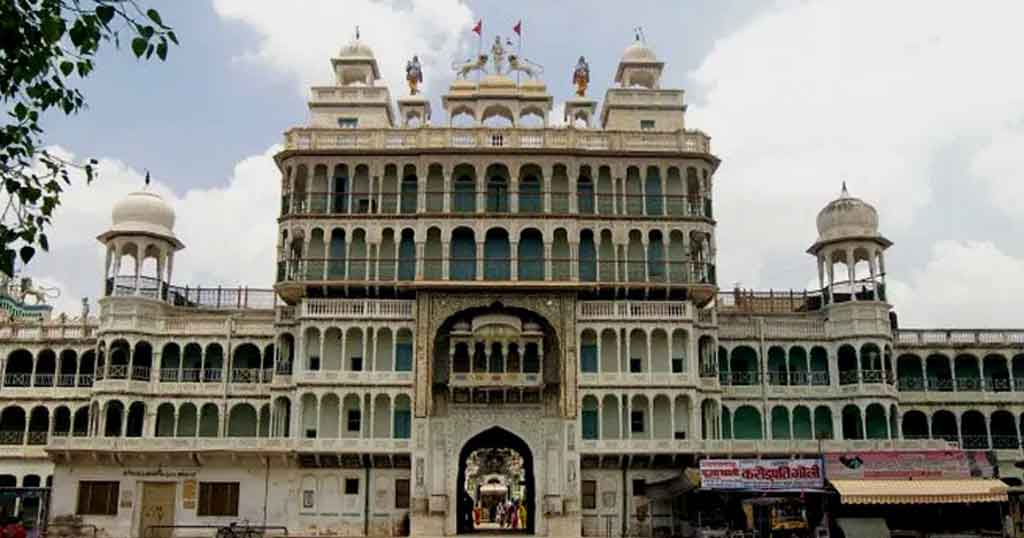 An ancient town of Rajasthan, Jhunjhunu is well-known for its fresco art and carefully engraved architecture in historic monuments. The fascinating vacant havelis and authentic Rajasthani experience in an offbeat destination allure everyone. When traveling by Jaipur to Jhunjhunu Cab, you can visit Shree Rani Sati Dadi Mandir, Khetri Mahal, Bandhe ka Balaji Temple, and Hanuman Mandir are some of the major tourist sites to see here. The Khetri Palace or Wind Palace is made of marble and another piece of beautiful palace architecture that attracts tourists. A beautiful city in Rajasthan’s Southeast Jhalawar still retains traces of its glorious past as a capital of the former princely state in India. Jhalawar is located on the border of Rajasthan and Madhya Pradesh where you can enjoy sightseeing while getting around the city. It was once called Brijnagar and is known for its rich natural wealth of vibrant flora and fauna species. The uniqueness of this place lies in its water-laden verdant landscape. This place has a varied cultural heritage which may include forts and palaces of those days. Set amidst the edge of Thar Desert, Churu is situated amidst the golden sand dunes of Rajasthan. This beautiful town is resplendent with grand havelis, fresco paintings, and unique style of architecture. Churu lies in the Shekhawati Tour of Rajasthan in the northern side. It is a popular tourist attraction that draws tourists due to its impressive architecture. The small city is a perfect getaway amidst the golden sand dunes from the hustle-bustle of the city. A famous heritage city in Shekhawati region – Sikar lies between Agra and Bikaner. It is widely known for its intricate architecture of grand havelis and forts adorned by frescoes. Sikar is located in the shades of massive walls with seven main entrance gates to enter the town. This is an excellent getaway for lazing around, clicking photographs, absorbing in its rich cultures and interacting with the locals while gawking at marvelous monuments. The historical city is a home to several ancient palaces and ancient structures of yesteryears.

Famous for – Rich art and culture 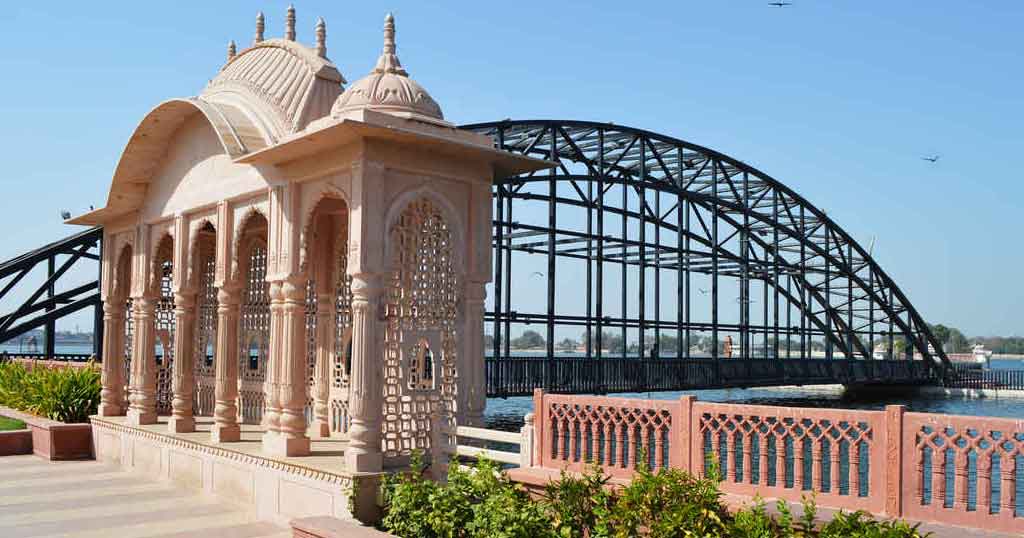 One of the good places to visit in Rajasthan, Kota has been perched right next to the Chambal River. It is a small but beautiful city which is known to be an educational district of India. Besides, Kota is a home to many beautiful man-made structures, which is also known for its alluring natural beauty. Treat your senses by visiting some of the best places like Kishor Lake, Kota Barrages, and Chambal Garden. It is considered to be the second liveliest city of Rajasthan after Jaipur. If you are planning a Jaipur to Kota Taxi tour by road, then you must plan a holiday during the months of October to March when the climate is cool and pleasant.

All these can together make your Rajasthan Tour Itinerary the most memorable and happening one for you. Considering these in your tour plan will surely make your holidays fruitful. Now, what are you waiting for? Plan your next holidays in Rajasthan to witness its real beauty and discover all these places on your vacation trip.

Very professional service, great commitment, excellent quality vehicle at very reasonable price. Highly flexible and adjusting. My family had wonderful time. Big thanks to Mr.Anurag and our driver Naseeb who was like a family member in the entire trip.
Highly highly recommended !

As the title says , travelling with Kartar singh from Rajasthan cabs was very comfortable and hassle free . We felt very safe and secure with him . He gave us all the right suggestions and saved us from spending money unnecessarily. While in the cab he told us about the places to see in Jaipur and about their history .