Excited about celebrating Holi 2022 in India here is a brief description of the events, which will give you a chance to experience Happiness. Holi is such a unique festival in India. It is not seen anywhere else in the world. There are many stories and religious sentiments associated with this colorful festival filled with fun and fun. It is seen to be associate with religion and devotion, playing fast music, performing traditional dances, and inviting friends and relatives with Gulal and Abir. Interestingly, every city and every state of India has unique traditions of celebrating Holi. We are telling you about five such places, where Holi 2022 is not only an enchantment of colours but also its importance from the perspective of tradition and faith.

Apart from the lavish display of colors. The rituals and customs around Holi 2022 make a remarkable charisma in India. Be it serving yourself to the signature Holi drinks like Bhang and Thandai. Devour on authentic Holi cuisines. Rajasthani Holi has a platterful of offerings to match your taste buds. But it’s the stories, customs, and traditions from centuries ago that make Holi in India so interesting. If you want to enjoy this festival, do not forget to visit these five places.

Holi is a festival of joy and colour celebrates in India which is celebrated with great enthusiasm by the Hindus. While celebrating this festival, people forget the whole mood, and co-families arrive on this unique day. Holi is celebrates in different ways in different places in India. If ‘Lathmar Holi’ is trained, then ‘Holi filled with flowers’ is known. All people highlight the importance of this festival in their own way. This festival is famous all over the world for its many colours and dishes.

Krishna Leela of Mathura and Vrindavan

Holi holds special significance at the birthplace of Lord Krishna, born in Mathura and raised in Vrindavan. Unlike other parts of the country, It is associates with Krishna and his many Beloved people. People here believe that this festival was started by Lord Krishna. Therefore, the temples here dedicated to Kanhaiya celebrate this festival on different days. There is famous Krishna Leela and Raas Leela dedicate to the love of Radha and Krishna. During this, people chant Radhe-Radhe and blow flowers and dry Gulal on each other. 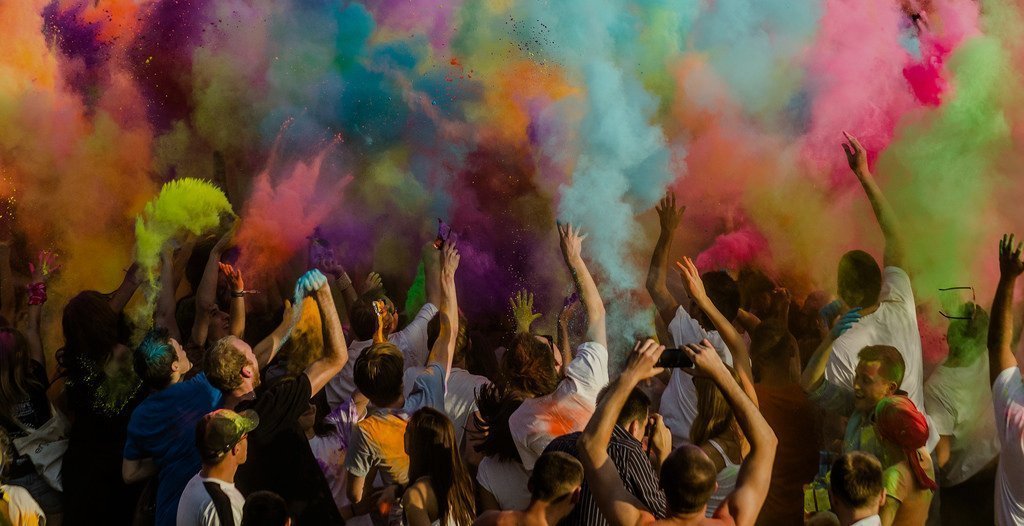 Barsana is a small town associates with Lord Krishna. It is about 50 km north of Mathura. The festival of Holi is celebrates in a very unique form here. Women use lath in Lathmar Holi. This style of applying colour to each other looks very beautiful. In fact, according to tradition, men drag women into the water, and women use sticks to protect themselves. This festival is very fun to watch and people want to be a part of it. People actually enjoy the vibes from Barsana Holi. 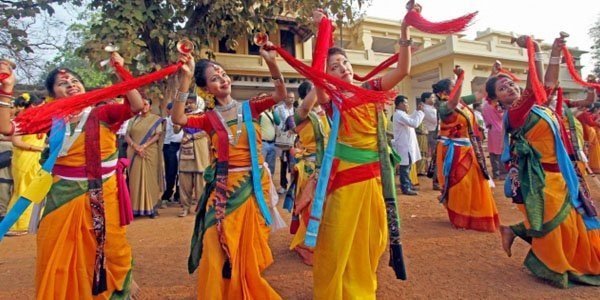 Holi of the university, associated with Rabindranath Tagore. It is awarded the Nobel Prize for Literature in Santiniketan city.  Just 180 km from Kolkata, is full of beauty and art. During this time, a large number of domestic and foreign tourists attend the Holi and cultural festival of the students of Visva-Bharati University. It is also knew as Vasant Utsav, where students present cultural programs, songs and dances based on the literature of Rabindra Nath Tagore. Holi is play with colours during cultural programs.

Holi and elephant festival of Jaipur The famous elephant festival takes place a day before Holi in Jaipur. It is the capital of Rajasthan. On this day, elephants were decorate and taken out on the streets of Jaipur. This is follow by various recreational programs like elephant polo, elephant race and elephant warfare. The festival concludes by playing Holi with colours, which attract a large number of tourists.

Banswara is a small town near Udaipur in Rajasthan. It is a tribal-dominated area and is a former princely state. The Bhil tribe here celebrates Holi in a very unique and traditional way. On this day, the tribals perform traditional dances around the Holika, dressed alike for the festival. Tourists can reach Banswara from Udaipur and Ratlam in Madhya Pradesh.

Celebrate this year’s Holi is one of these fascinating cities and book your travel packages with Rajasthan cab only!
Also Read :
20 Magnificent Tourist Places To Visit In Jaipur In 2022
Engrossing Elephant Safari in Jaipur