Vibrant colors are a real bliss! India in February and March becomes so vibrant with a colorful aura of festivity and positivity being pouring in. The fudgy winters during these months lead a path for the chirpy spring and Holi vibes begin to permeate in the air around. While colorful celebrations remain constant, places across North India enjoy amazing rituals and traditions around Holi. Enjoying Holi 2022 in Rajasthan will be quite a different way to celebrate this cultural festival.

Besides the vivacious display of colors, the rituals and customs around Holi make itself a notable attraction in Rajasthan. Whether it is for treating yourself to the signature Holi drinks and sweets or participating in every ritual, Rajasthani Holi has a platterful of offerings to match your desires.

6 Different celebrations of Holi in Rajasthan –

The largest state of Rajasthan celebrates Holi in different ways that will make your festive tour even more exciting and special. Are you excited about celebrating Holi Festival 2021 in Rajasthan? Here are some awesome ways to enjoy Holi in Rajasthan, that must be experienced in Rajasthan Tour Package. The colorful and capital city of the royal state, Dhulandi in Jaipur marks the end of the winter season and the beginning of Spring but the legend has another tale associated with it. It’s also about Lord Krishna turning blue after drinking demon’s milk. During this festival, temples all around the city and the entire Braj are decorated with flowers and vibrant colors. Dhulandi Holi is primarily celebrated in Jaipur which exhibits the real essence of Rajasthani rich cultures and traditions. Amid the shower of gulaal, Rajasthan gears up its vibrant colors to celebrate Gair Holi. It is celebrated in the adjoining places near Ajmer. Everyone from nearby villages gathers in Godaji village near Ajmer and celebrates Holi accompanied by musical instruments, gala, and drums everywhere. The influence of this celebration can be seen in the delectable cuisines, drinks (bhang and thandai), and sweets to enjoy in Ajmer Tour Package during this festival. 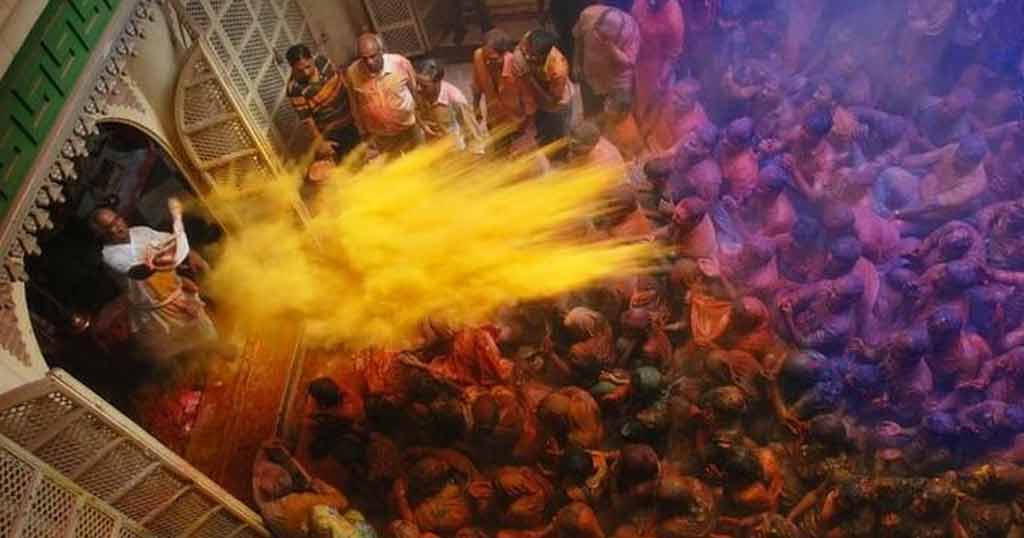 A famous celebration of Holi in the Mali community takes place in Ajmer. The celebration of Mali Holi is characterized by the traditions of men ripping colors on women who then respond to men by hitting them back with a bamboo stick. This custom is marked as brotherhood and bonhomie. The fact is that the entire city, people, and cattle are colored in one tone that makes it a wonderful spectacle. Rajasthan is a place to delve deeper into the colorful festivity. Believed to be an ancient tradition of Holi celebrations, Dolchi Holi tradition dates back to 300 years back. Dolchi holi follows a custom in which men throw water on each other in a vessel called Dolchi – made from camel skin. Interestingly, the tradition started with a dispute between two communities. This holi festival is specifically played by men while women and children only look over the playful celebration.

Celebrated primarily in the Brij region in Bharatpur, Brij Holi is a big cultural celebration that takes place in the city. Planning the Jaipur Bharatpur Tour Package during the festival will let you enjoy the various festivities, dances, and more. Lord Krishna is worshipped during the festival. In Bharatpur, there’s an atmosphere of glee and spirit of the festival that can be felt everywhere.

The Royal Holi of Rajasthan – 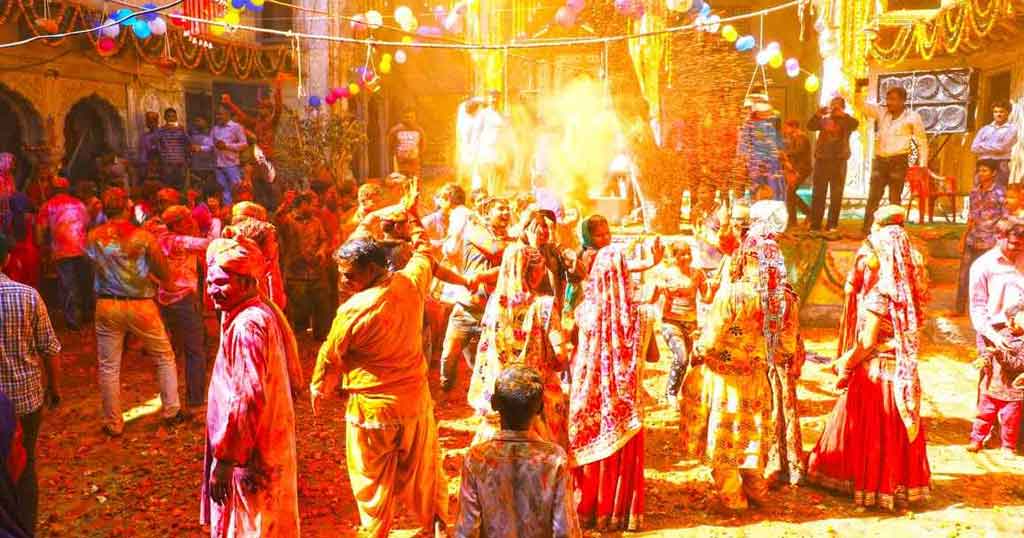 Holi in Rajasthan can be seen or experienced in many different ways, Rajasthan holds the distinction of being reputed for the royals from the time of decades. Experience the rich Rajasthani Holi the royal way. From their traditional attire to cultural programs to the affluent display of the grandeur they inherit. The best places where you can celebrate the best holi celebration in royal style are in Udaipur, Jodhpur, Jaisalmer, Ranthambore, and Pushkar in Rajasthan Cultural Tour Package.

All these are the most exciting ways to enjoy holi 2022 in Rajasthan. The festival whips up traditional specialties and immerse in the colors which casts its magical spell on everyone. So are you all set to get drenched in the festive vibes? If yes, then get ready to have a cultural delight on a Rajasthan Trip Package.